Three Methods to Determine How Much Obama Added to the Debt

Depending on who you ask, President Barack Obama added anywhere from $2.8 trillion to $9 trillion to the national debt. With such a big gap, you might be wondering who’s lying. None of them, because there are three ways to look at the debt added by any president.

Let’s take a look at each method and see what they tell us about the deficits President Obama added to the nation’s debt.

The largest number comes from calculating how much the debt increased during Obama’s two terms. When Obama was sworn in on Jan. 20, 2009, the debt was $10.626 trillion. When he left office on Jan. 20, 2017, it was $19.947 trillion.1 It explains why some would say Obama added $9 trillion to the debt—more than any other president.

The second method is to add up all of the budget deficits incurred while Obama was in office. You shouldn’t hold any president accountable for the deficit incurred during the first year. Most of that deficit belongs to the previous president since he created the federal budget for that year.

President George W. Bush’s last budget—for Fiscal Year (FY) 2009—created a deficit of $1.4 trillion.2 That fiscal year began on Oct. 1, 2008, and continued until Sept. 30, 2009. Although most of that deficit occurred after Obama took office, it was a result of Bush’s budget. Similarly, the first deficit that occurred after President Donald Trump took office was due to Obama’s last budget.

Here are Obama’s deficits by year. They total $6.79 trillion.
FY 2009: Congress added $253 billion from Obama’s Economic Stimulus Act to Bush’s last budget after Obama took office. This emergency funding was to stop the Great Recession. That $253 billion accrues to Obama, not Bush.3 Once the $253 billion is subtracted from the FY 2009 deficit, it means Bush’s true budget deficit was $1.16 trillion.

Like most presidents, Obama’s contribution to the debt was higher. There’s a difference between the deficit and the debt. All presidents can reduce the appearance of the deficit by borrowing from federal retirement funds.

For example, the Social Security Trust Fund has run a surplus since 1987.6 There have been more working people contributing to the fund via payroll taxes than retired people withdrawing benefits from it. This fund invests its surplus in U.S. Treasury notes. The president can reduce the deficit by spending these funds instead of issuing new Treasurys. As a result, Obama added a total of $8.588 trillion to the debt.

The fairest method is to measure the debt incurred by Obama’s specific policies. The Congressional Budget Office (CBO) has done that for many of them.

The American Recovery and Reinvestment Act (ARRA) contributed $830 billion between 2009 and 2019.7 More than 90% of its budget impact occurred by the end of 2012. It cut taxes, extended unemployment benefits, and funded job-creating public works projects. Like the tax cuts, the ARRA stimulated the economy after the 2008 financial crisis.

Obama’s largest contribution to the debt was the Obama tax cuts, an extension of the Bush tax cuts. They added $858 billion to the debt in 2011 and 2012.

The Patient Protection and Affordable Care Act added to the debt after 2014. That’s when the health insurance exchanges opened, and coverage was extended to more low-income people. Obamacare’s tax increases offset these costs by $143 billion between 2010 and 2019.

When all of this is added up, Obama and his policies increased the national debt by $2.8 trillion.

Depending on the method you use, Obama contributed between $2.8 trillion and $9 trillion to the overall U.S. national debt. While that’s a large amount, it’s worth comparing to the national debt added by every other president. That’s the best way to understand why the U.S. debt is so big. 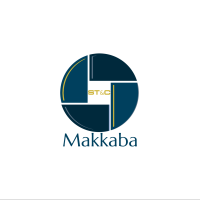